Prior to the 2019 Town Election, I sat down with then-president of the Riverhead Chamber of Commerce, Bob Kern, and colleagues. Over the hours-long discussion, we shared many of our ideas for Riverhead Town (such as my pitch to tweak the town flag). I also discovered, to my pleasant surprise, that both of us enjoy city planning-style computer games. These games—like SimCity and its spiritual successor Cities: Skylines—invite the player to transform a pristine landscape into a bustling city with water districts, metro lines, and skyscrapers. Yet like all games, they simplify concepts in order to be more enjoyable.

Nevertheless, these games can help foster a baseline enthusiasm for city and traffic planning, which, in my case, has only matured alongside me.

And so the recent news, that consultants are proposing to widening Sound Avenue, and that even more stores with sprawling parking spaces are planned at Tanger and Mill Road, provoked me to write out what Riverhead should do instead. Which brings me to:

According to Strong Towns: a 501(c)3 focused on making towns financially viable by making them more pedestrian friendly, stroads are street-road hybrids. Roads are high speed connections between two places. Streets are a complex environment in which people interact and engage in commerce. Stroads, in attempting to be both complex and fast paced, are neither.

Route 58 is a capital-S Stroad. As a pedestrian, I practically live at cars’ mercy. If I need to buy groceries, I must trudge across barren asphalt wastelands not meant for me. The few sidewalks that do exist are along shoulderless car lanes, often with semis and pickups barreling past, roaring off sooty plumes. Instead of tumbleweeds, we’ve got shopping carts. According to Main Road, in all its obsequence to the car, no organic, living, breathing person is meant to live in Riverhead.

Other streets in Riverhead are also at risk of becoming stroads. Roanoke Avenue is especially dangerous, as it is a complicated environment with through-traffic going at high speeds. I live near Merritts Pond, and the nearest crosswalks are either at the Roanoke Avenue Traffic Circle or at Elton Street. Both are half a mile away from me, one mile apart from each other, and I’d like to meet the genius who thought that slapping a crosswalk onto a high-speed traffic circle would work.

And so, for as long as I can remember, I’ve had to wait my turn to enjoy the privilege of jaywalking across Roanoke Avenue. Per trip, each way, I can spend five to ten minutes just waiting for clearings in the inevitable traffic processions.

The solution to a stroad is straightforward: get it to commit to being either a street or a road.

For Roanoke Avenue: given the area’s residential nature, make it a street. Here’s my pitch: add a traffic light with crosswalks at the Cranberry St-Southern Pkwy-Roanoke Ave intersection; and add two more crosswalks along Roanoke Ave, at both Merritts Pond Rd and Franklin St. You could, possibly, even narrow each lane by a foot or so, adding bike lanes in the remainder.

For Main Road, make it a road. Here, we are fortunate in that the problem contains the solution: Parking lots flank Main Road on both sides. Many of these are already connected in one form or another.

Ideally, per the image above: the red lines would be reconfigured into contiguous streets. The entrances to the parking lots—such as the two intersections for accessing Target alone—would be removed from Main Road and moved onto these newly created side streets. Meanwhile, Main Road’s sidings, which are now either grass, signage, or parking, would become wide sidewalks with benches and bike paths wherever possible.

Imagine Brooklyn’s Eastern Parkway, a good mental model for what I have in mind. Minus its underlying subway and higher density apartments, these tree lined paths afford bike lines and benches, from which city residents can watch the world go by.

Yet the issue of higher density apartments brings me to…

On this, I’ll be brief, because I haven’t even discussed the issue of traffic on Sound Avenue and why adding more lanes is not a solution in any substantive way.

The simple fact is that modern suburbia is predicated on the lie that people can expect urban convenience at rural scales.

That said, I agree with some residents that jumping right to zoning for five-story condos is jarring. The solution, I believe, lies in embracing duplexes, triplexes, accessory dwelling units (ADUs), the occasional brownstone, and really anything to increase residential densities without increasing their overall parcel footprint.

There are wider points to be made here, but I’d break my promise of keeping this brief. Suffice it to say that the issues of traffic and density go hand in hand, and medium-density zoning for downtown Riverhead could form a workable compromise.

And, as this video from NotJustBikes explains better than I ever could, the car-centric suburban experiment has categorically failed. Continuing to indulge it is going to, inexorably, spell financial ruin for our town.

But turning at last to Sound Avenue, it would be unconscionable to tamper with its rural character. It would also be naïve to disregard the very real traffic problem that agritourism has brought to the North Fork.

On this, I suspect that there are several superior alternatives, but each might require a degree of State involvement.

The first idea is to upend car dependency through increased rail service. Now, this one borders on the speculative, because it would be exorbitantly expensive. But, until the late-1960s, the Long Island Railroad did stop in Aquebogue (at Meeting House Creek Rd), Jamesport (at Railroad Aves N & S), and Laurel (at Laurel Ln). Rebuilding those stations may very well cost a fortune as they would need to—and this is absolutely reasonable to expect—be compliant with the Americans with Disabilities Act (ADA). They would also need to run frequently enough, and be enticing enough, for people to use them over their cars.

Here, the problem may again contain the solution. There is precedent for having the rail itself be an attraction—like the Napa Valley Wine Train in California, which stops at wineries along its route.

Here, I’m envisioning a similar heritage rail service that runs from Riverhead to Greenport and back. It could do double duty: both making stops at wineries and farms along the Greenport Line, and also making for more frequent commuter trips on the North Fork. You could, in addition, run trolley-style buses to-and-from these stations in a kind of spoke and hub model. For example, perhaps there’d be a shuttle bus that runs from Iron Pier to Jamesport to South Jamesport Beach and back. It all depends on where people are looking to go, and meeting that need in a way that’s more enjoyable than a car. 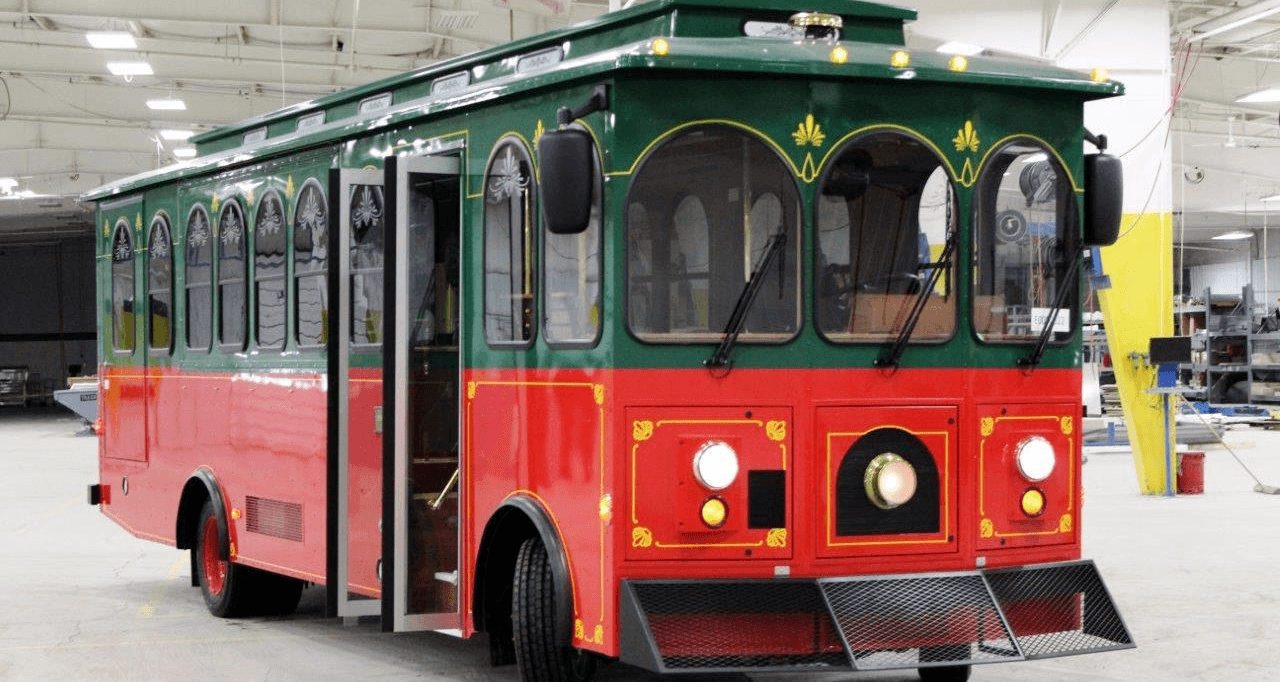 My hunch, however—assuming it is a town road—is that Riverhead may be able to lease the road to a B-corporation or nonprofit, on the explicit condition that no Riverhead resident will ever have to pay a toll, and that income after expenses from through-traffic tolls would fund local initiatives.

The possibility of any of these alternatives though is just conjecture. I also grant that, as happened with The Halyard in Southold, a targeted road-widening and reconfiguring for a high volume destination can be a solid solution if done correctly.

However, what remains all too apparent is that the current developmental trajectory is a galling affront to the human needs for both communal and natural spaces. Which leads me to ask: who are we even building our town for anymore? Judging from the highway signage, discarded trash, Pawn Shop aesthetics, and miles of empty parking along Route 58? It’s certainly not the people.

John Fallot is a product designer and visual designer based in both Riverhead and Brooklyn. He may be reached at [email protected]

Editor’s note: RiverheadLOCAL welcomes guest columns from anyone who wants to submit a viewpoint on any topic. The opinions expressed in guest columns are those of the author and do not reflect the point of view of RiverheadLOCAL’s publishers. Please be sure to include your email address and daytime phone number with your submission. Click here to submit your opinion.

Town board should remember it represents citizens, not developers